Malwarebytes is one of the most discussed antivirus and antimalware programs on the market today, and the following review highlights and evaluates each facet of its performance, to provide potential downloaders with as much (reliable) information as possible. It should be noted that this review is based upon Malwarebytes Premium; Malwarebytes Free, a version that includes fewer features, also exists.

One of Malwarebytes Premium’s most important features, real-time protection attempts to detect and block viruses, malware, and other rogue downloads from infecting computers and mobile devices. This feature is a mainstay of most antivirus and antimalware programs, but admittedly, it’s one that users should verify and guarantee the quality of; the additional difficulty of removing an infection from a system, as opposed to simply blocking it from being downloaded, is tremendous.

Malwarebytes Premium’s real-time protection passed with flying colors in six different infection situations encountered over the course of this review. After purposefully navigating to webpages with known viruses and malware, the program not only blocked them from infecting the system (a laptop), but created an image and sound-based alert that could attract the attention of individuals who’re entirely unfamiliar with computers. This latter point is significant because some viruses and malware may break through the real-time protection, and will need to be removed through a manual scan initiated by users; if they don’t know that their device has been infected, these users may not run a scan.

It should also be mentioned that the program’s antivirus counterpart (an entirely separate program downloaded beforehand) detected and blocked only four of the specified infections. One of Malwarebytes’s most considerable benefits is that it can run smoothly alongside and complement many antivirus programs; other programs will “collide” and create system instability, forcing users to choose one or the other. As a whole, Malwarebytes Premium ran flawlessly alongside the antivirus software used during the real-time protection test, as well as another antivirus program downloaded after the fact. This convenience is certainly worth considering for potential purchasers.

Malwarebytes Premium, like all antivirus and antimalware programs, boasts a file-scanning mode designed to detect and (conceivably) eliminate malware and files infected with malware. For the purposes of this review, three infected files were purposely downloaded. The program detected all three of them without issue, and did so in a routine threat scan that was initiated manually. In other words, the program was able to root-out the “trouble” files with a simple click on the user’s end.

Malwarebytes Premium also features a hyper scan that runs in a matter of minutes and alerts users if any largescale issues or out-of-the-ordinary results are found, so that a full threat scan can be ran. Additionally, the software includes a custom-scan ability that allows users to target specific areas of systems that may be infected with malware. Finally, scans can be scheduled for a set time of the day (or night), thereby removing the burden of initiating malware checks manually.
In short, Malwarebytes Premium’s scanning functions are excellent in terms of quality, variety, and ease of use.

Can’t Delete It? Quarantine It!

Certain viruses and malware files are made “sticky” by their developers, and are designed to be nearly impossible to remove from systems. While Malwarebytes Premium can likely delete these files, users aren’t out of luck if they can’t be removed outright, as the program’s quarantine function can isolate them from the rest of the device’s memory. The process is simple: infected files are moved to Malwarebytes’s Quarantine Chest, where they cannot interact with and harm the other files on a hard drive. In this way, pesky malware can be rendered ineffective, and additionally, can be set aside for inspection at a later time (perhaps by a computer professional).

As a final note relating to the Quarantine Chest, viruses and malware held inside it—even those that couldn’t be previously deleted—can likely be permanently eradicated, given that they cannot leach onto healthy files for survival.

Unparalleled Ease Of Use

Malwarebytes Premium’s outstanding ease of use works to bring all the mentioned features and functions together into a coherent and desirable overall product. Whether one is a computer expert or an occasional computer user, the software’s slick design and responsive functions won’t go unnoticed. Specifically, the program’s dashboard is pleasant to look at and, more pressingly, boasts a variety of pertinent information, including a system’s scan history, real-time protection status, and update data. Custom scans, the Quarantine Chest, scan reports, and additional settings can all be reached from this dashboard with a simple click.

The depth of this settings section cannot be understated. Notifications, for example, can be tailored both in terms of frequency and sound. Similarly, application update schedules can be modified with a click. In other words, every facet of the software can be made to fit one’s unique needs. And for those individuals who simply want a functional antimalware program, these settings can be left alone.

Is Premium’s Provided Value Worth The Extra Cost?

To this point, Malwarebytes Premium’s extra cost (in comparison to the aforementioned Malwarebytes Free) hasn’t been discussed. The question on the minds of many readers undoubtedly relates to whether or not the program’s free version can take the place of the premium version, and if settling for this no-cost variation is a good idea. Like so many answers to multilayered questions, this one is complicated. In the first place, if one has to decide between downloading the free version and no antimalware protection whatsoever, the choice is obvious, and the free version should be promptly downloaded (no registration is required to do so).

Deciding between Malwarebytes’s two versions ultimately comes down to one element: antivirus software. If a system is equipped with solid antivirus software that includes real-time protection, it might be possible to safely get by with Malwarebytes Free. But, if a system is not equipped with a reputable antivirus program that’s able to block incoming viruses and malware (a good benchmark of this point is whether or not said system has been infected with such an undesirable file in the past), it’s probably a good idea to go with Malwarebytes Premium. Essentially, the biggest difference between the two versions is that Free can only remove infections on a system (and there’s accordingly no telling how much damage will have already been caused), while Premium can block infections from ever making their way onto a system.

As a final note, it’s worth highlighting that Malwarebytes Premium costs only $40 or so per year, or right around three dollars per month. And if this low price isn’t convincing enough to persuade customers to invest, perhaps some time with Premium will do the trick; Malwarebytes offers free-version users the ability to test out the premium version free of charge for two weeks.

In conclusion, it’s hard to not recommend Malwarebytes Premium. The well-made (and consistently updated) software blocks incoming virus and malware infections, dispenses those that’re already on hard drives, has a specific quarantine function to destroy especially hardy malware, is incredibly simple to use, and can be downloaded and installed in minutes. Additionally, Premium looks great and can be navigated by computer designers and infrequent users alike. Plus, the program’s low cost and high return on investment (in terms of protected hardware and prevented headaches) make its overall value absolutely phenomenal.

Anyone who owns a computer or mobile device that needs protection from the potentially devastating files found all around today’s internet shouldn’t hesitate to give Malwarebytes Premium a try; it’s once again free for two weeks after activation.

And that’s a pretty impressive deal.

Malwarebytes is one of the most discussed antivirus and antimalware programs on the market today,Read More 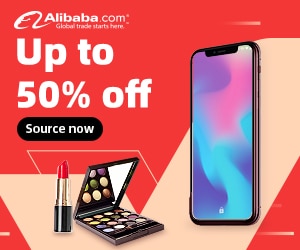