For a while, deciding to purchase a virtual reality headset came down to 3 simple things. Is your computer able to run it, can you afford to buy it, and will it support the games you want to play? Thanks to the innovative developers at Razer, the latter 2 questions have been taken out of the picture. Open Source Virtual Reality is a new VR ecosystem that aims to provide the best  experience for players and developers of different backgrounds and different play styles.

Without being bogged down by software warmongering, OSVR encourages indie and AAA developers alike to break the boundaries set by proprietary game stores or back door hacking. Instead, OSVR sets itself as a new standard for the gaming community by opening it’s door to the hacking community at large.

Razor’s new headset is designed to be hacked, and if you don’t believe me, you can check out everything available for the software development kit right here. They’ve included “How to” instructions, Windows runtimes, plug ins for Vive and Oculus content/hardware and even Android extensions. Making it one of the most versatile software and hardware packages to date. 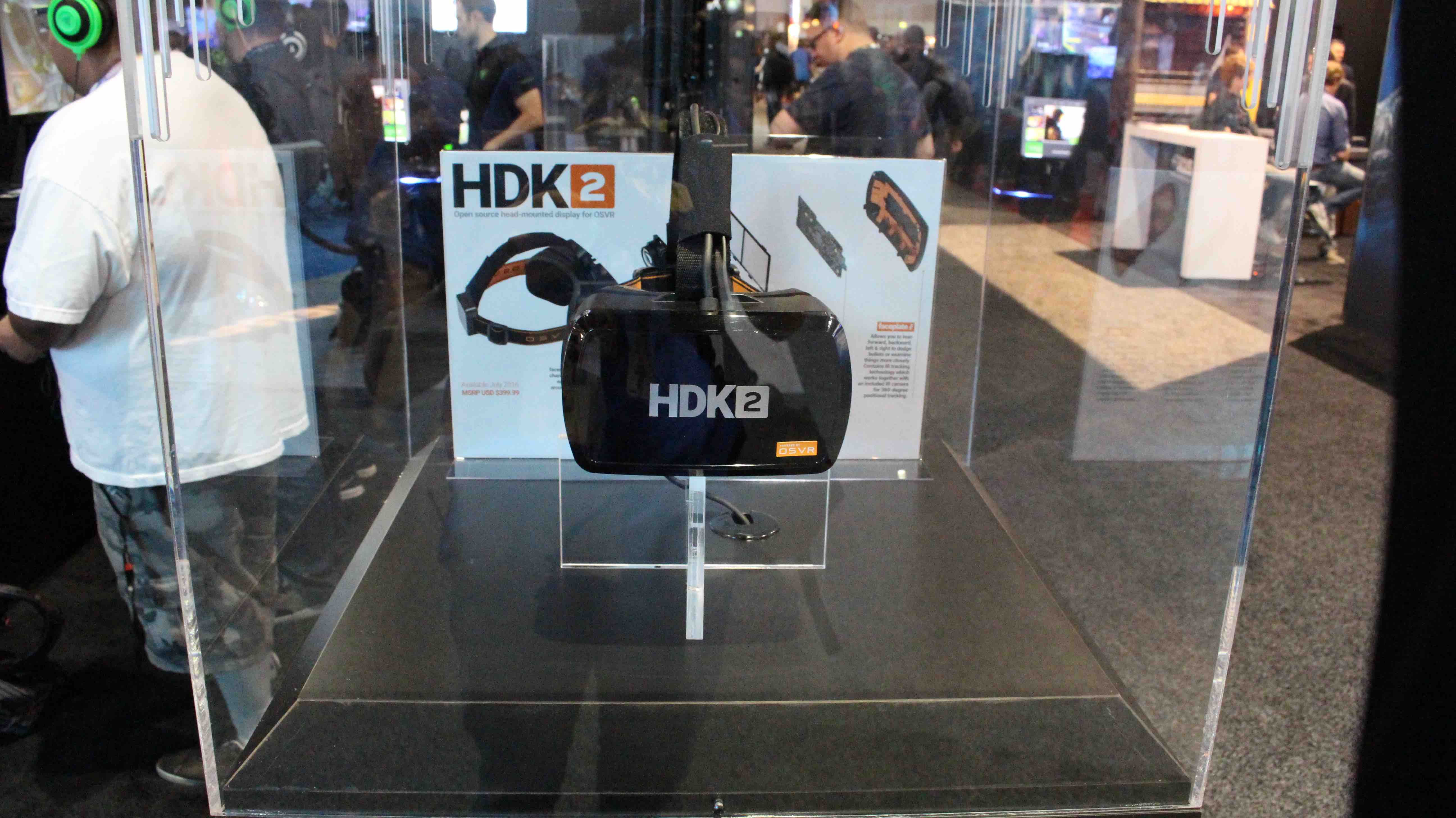 While it is always nice to enjoy the Hippy, free spirited philosophies driving software integration, the hardware behind OSVR is nothing to be joked about. Currently, Razer has 2 headset models in production, the HDK 1 and HDK 2. The “Hacker Development Kits” both offer the basics like dual screen displays, IR Faceplate, Gyroscope, Accelerometer and USB 3.0 input connectivity. However, the HDK 2 features very key updates such as a 2,160 x 1,200, 90fps OLED display with image quality enhancement, as well as extra cushioning to increase comfort over extended periods of time.

The IR faceplate operates in conjunction with a separate infrared camera (included with kit) which records at 100hz to provide complete 360 tracking with multi-directional input. The main hardware onboard the headset includes everything needed for physical tracking, but its biggest strength is its expandability. Once again drawing back to the open source nature, the HDK can utilize one of its 2 USB inputs to combine with the enhanced tracking of the Leap Motion sensor. 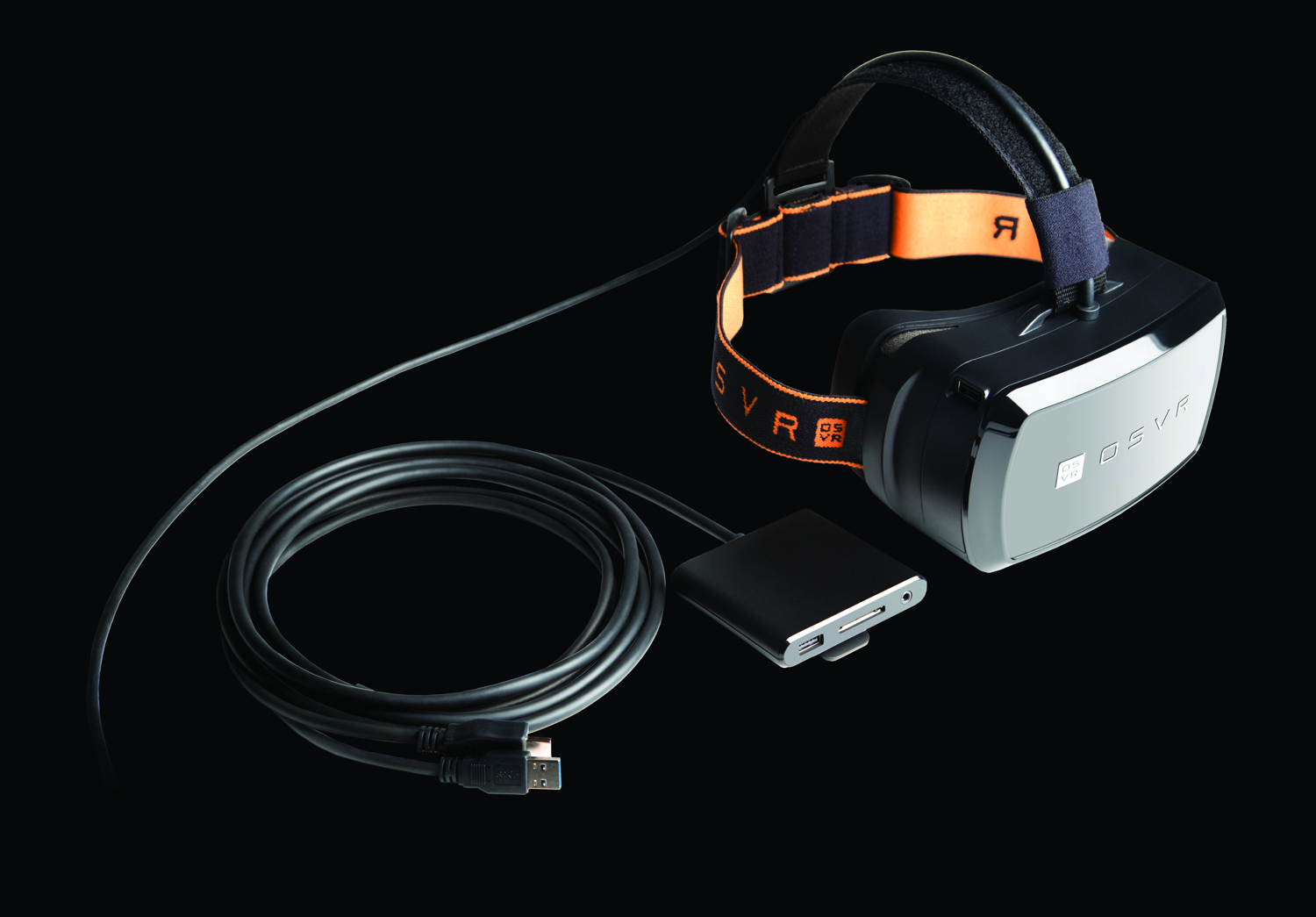 Two internal USB 3.0 connections along with and extra external input allows the physical reliability of the headset to be improved by up to 3, single input, devices. Thankfully, this isn’t to say that users with be encumbered by annoying wires. Razor’s headset operates off the bare minimum.

A small, square device called the belt box module houses the HDMI and sound inputs, redirecting the signals to the headset and headphones respectively. The module also provides the aid of integrated surround sound codecs for content that supports it. This, in addition to the final power cord, reduces cable usage, allowing for easier cable management and more natural body movement.

A large effort has been made to place comfort at the forefront of a lot of OSVR’s experience. Besides the hackable nature and easy cable management, the physical casing is made of a layered plastic. Both models feature the same bamboo charcoal cushion, but the HDK 2 has a few extra layers around the nose and cheekbones. The dual lens OLED display also has individual focus rings for use without glasses, and a diopter covering +4.5 to -2. This provides coverage for the majority of eyes, without the need to replace entire lenses. 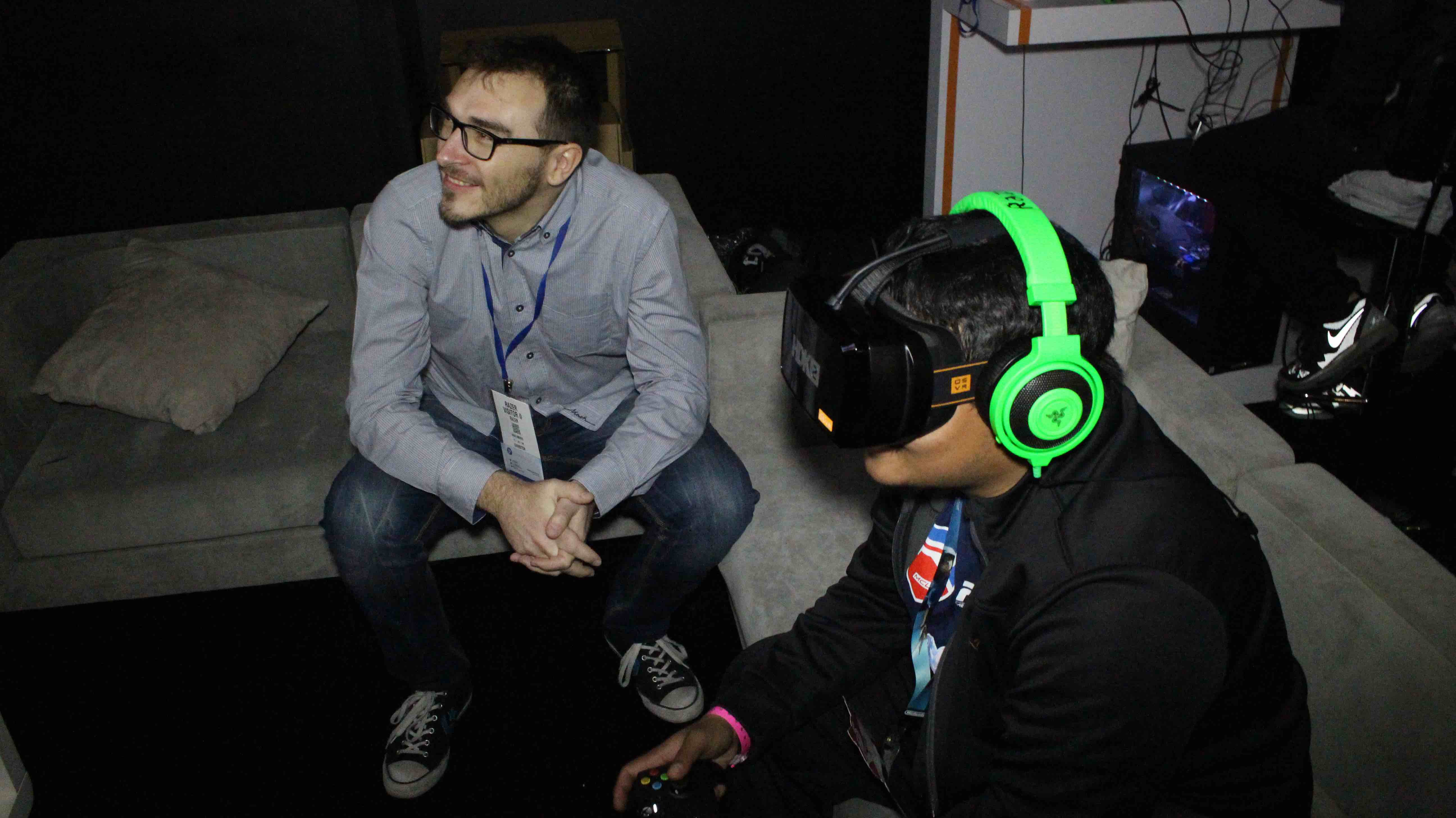 Supporting an immense library of game titles, the list continues to grow as more hardware and software developers decide to work with the free tools that are available. On hand at this year’s E3 2016 was an HDK 2 that was paired with the break neck speeds of Tameka Games’ – Radial-G. The F-Zero like game races around beautifully detailed, futuristic environments.

Providing intense gameplay, the displays held a very strong, steady frame rate throughout the entire play through. An Xbox controller was finely integrated thanks to the open connectivity to any controller that can communicate with a PC. When combined with a high quality headset that supports surround sound output, the experience feels completely immersive. Syncing the user with the virtual world with the same clarity that higher end headsets can render.

While still requiring the minimum specifications from a VR Ready PC, OSVR supports most VR titles, platforms and is capable of achieving the same visual quality as other leading headsets. It does all of this, however, for roughly half the price of of an HTC Vive. The official web store retails the HDK 1 at $299.99 and the HDK 2 at $399.99, including every thing listed above with the exception of any games.

Gamers who are looking for a good deal and developers who want to encourage a more openly connected future can get their hands on OSVR now through…..

Are you searching for high-quality images for your website? Are you struggling to find aRead More